Just $1 can make a dream come true for nonprofits wishing to provide aid to those financially suffering due to the COVID-19 crisis.

Watch and share the video right now. Then donate one DOLLAR to help the DREAM of 1 million downloads become a reality by logging onto your favorite music outlet to DOWNLOAD your copy of “What Matters is your Heart”-click SUPPORT NOW to be taken to participating music outlets!

How it works
Support Now

Read the Story behind the D3 Initiative

ONE DOLLAR & ONE PERSON can have a life-changing impact, ONE SONG at a time.   Download “What Matters is your Heart” today, and after 1 million downloads, the next D3 song download will be launched to support another worthy cause.

Read the Story behind the Song 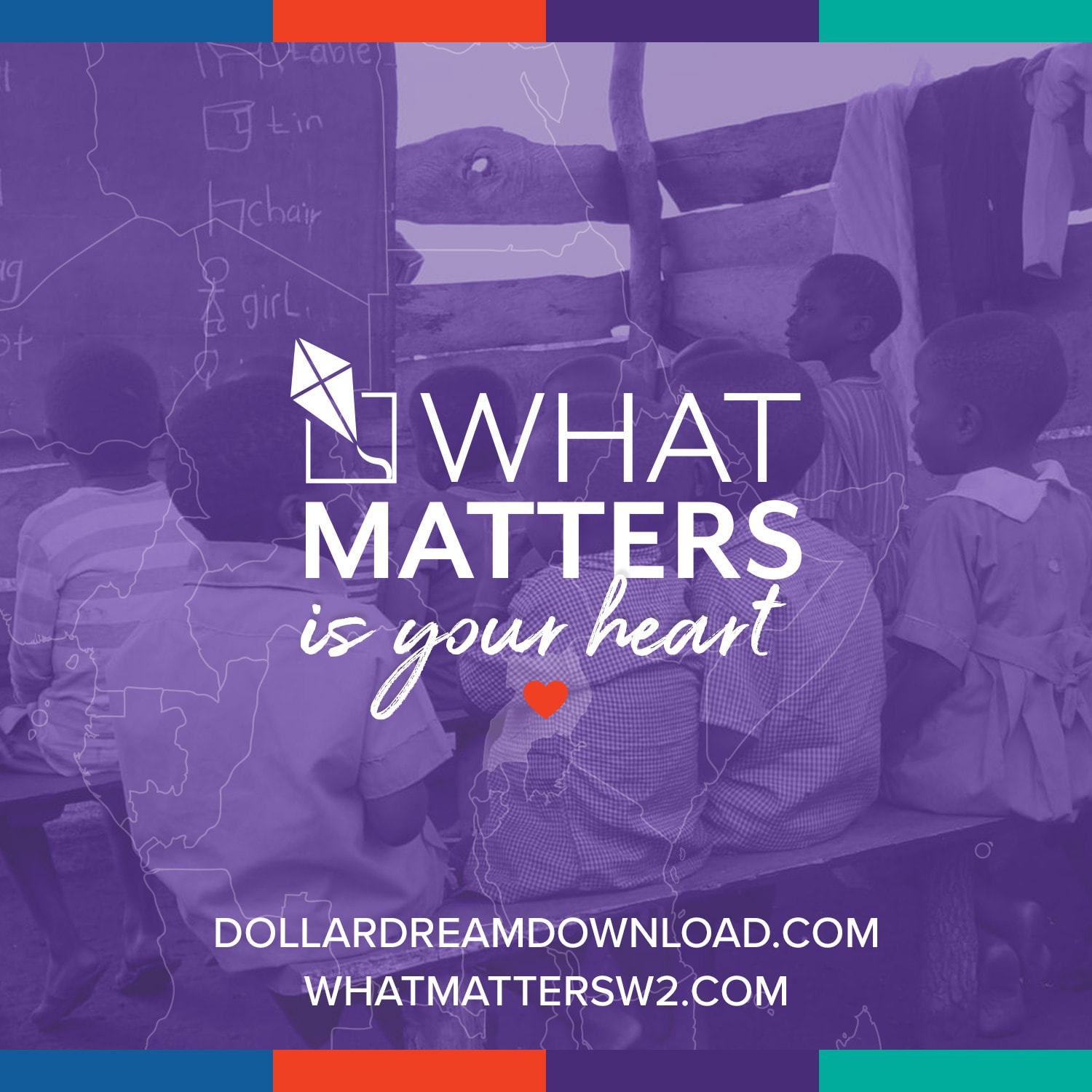 D3 is a global fundraising platform used to virally raise funds for nonprofits-1 person clicks and buys the D3 song for 1 DOLLAR & tells 1 other person about the DREAM and they do the same when they DOWNLOAD… The Inaugural D3 song is  ”What Matters is your Heart” and inaugural cause is to support victims financially affected by the COVID-19 crisis.

After downloading your copy of the song, take a selfie, tag it with #dollardreamdownload and share on social media sites.

Show the world that you’re joining us in making the dream of 1 million downloads come true, and encourage others to join the D3 Dream! 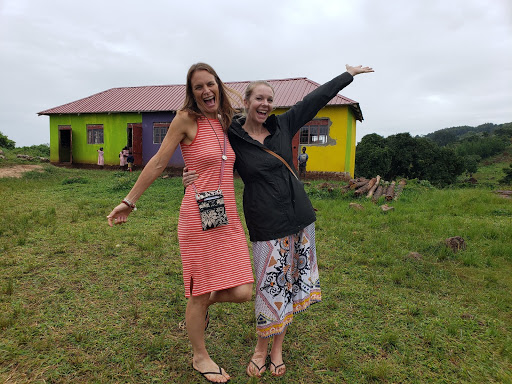 Every dollar raised through this DOLLAR DREAM DOWNLOAD (D3) initiative will be deposited with the Community Foundation of the Northern Shenandoah Valley (CFNSV) “What Matters Fund” and directed to help 501(c)(3) nonprofits help those affected by the COVID-19 crisis.

Learn how Funds will be Distributed

Funds (less a 1% management fee to the CFNSV) will be directed as follows:

Funds will be distributed to 501(c)(3) nonprofit organizations through the Community Foundation of the Northern Shenandoah Valley via a grant application process starting in July 2020.

D3 is a WHAT MATTERS Initiative that will prove to the world that anything is possible when people join together and realize the simple yet profound truth that “WHAT MATTERS is your Heart.” 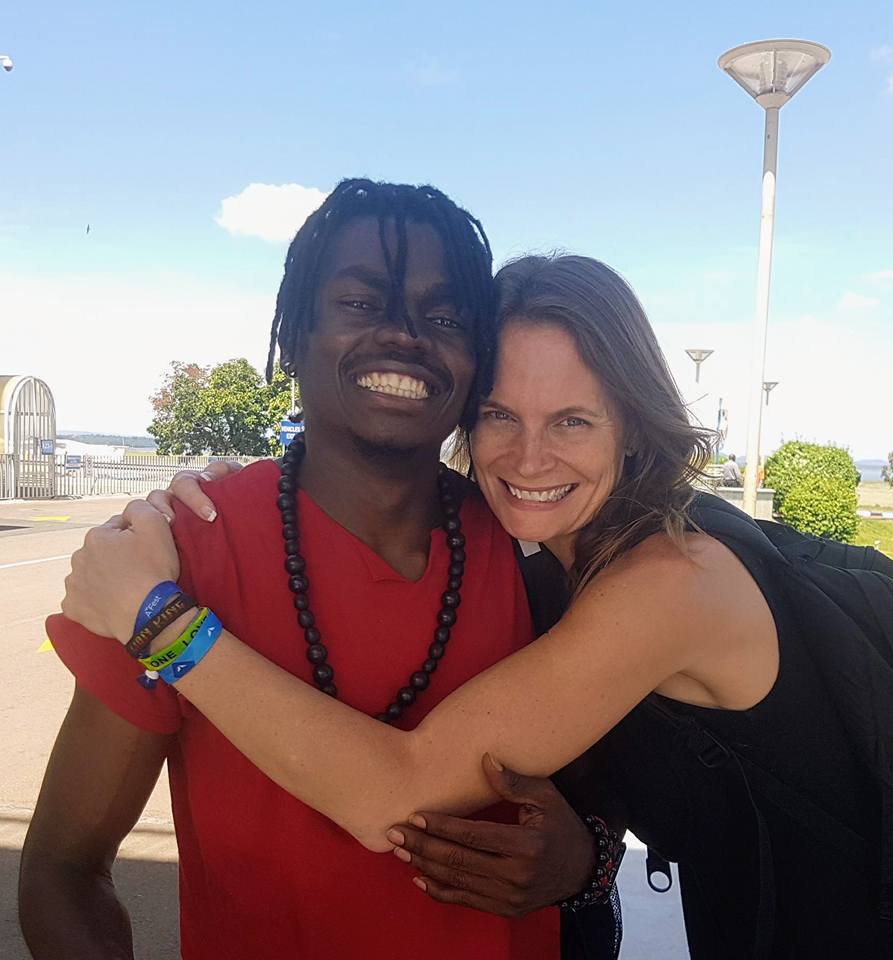 Co-created by BETH Medved Waller and Herbie Skarbie Kawuma (produced by Ian Pro of Mantie Records in Kampala, Uganda), “What Matters is your Heart” represents the hearts of two souls born worlds apart in opposite conditions that are now joined together to spread love and light to those in need.

Inspired to serve humanity by contrasting childhoods of abundance and poverty, BETH and Herbie have felt compelled to give back since they began their respective careers (BETH as a Realtor/Broker in Virginia, USA and Herbie as a performing artist/dance instructor/motivational speaker based in Norway).

Driven by the desire to help children growing up in the ghetto slums of Uganda where he was raised, Herbie has dedicated his life to providing food, education, medical support and nurturing mentoring to children through his NGO, Light up Life Foundation.

When Herbie was awarded Norway’s prestigious “Youth Ambassador of the Year” award in 2012, BETH was being recognized with community service awards in her small hometown of Front Royal, VA for her nonprofit efforts (based largely on her platform that every dollar she helped to raise would stay to benefit her community at home).

Passionate about fundraising to support local causes, BETH’s greatest motivation is to give back in gratitude for her life that has been so full of blessings, ease and opportunity.

Fueled by separate desires to make a difference in their hometowns, the two were divinely united through Facebook and met in December of 2017 in Uganda at Light up Life Foundation’s Maisha Home for children.

Seeing such great need in Africa, BETH’s “give local” fundraising efforts were transformed to a “give global” philosophy.

She became inspired to be the eyes and hands of compassionate donors by providing her hometown and US donor base the opportunity to experience the overwhelming feeling of seeing through her eyes the direct impact of worldwide generosity in the lives of individual children in need.

In April of 2018, during a visit to Mantie Records recording studio in Kampala, BETH penned the lyrics for “What Matters is your Heart” as she witnessed in awe as Herbie and team created and recorded his newest song, “Good” about racial unity. BETH is a music-lover who professes to have a theme song for every important event of her life (her nonprofit, WHAT MATTERS, is named after a song by Edwin McCain that has given her great inspiration through the years).

While at the studio, she asked Herbie if he could create a theme song for WHAT MATTERS and the group stayed in the studio until 3am finishing the song that would soon inspire DOLLAR DREAM DOWNLOAD.

© 2023 What Matters: Putting What Matters First. All Rights Reserved. | Sitemap | Powered by Enable